For David Diaz, 43, of Olmsted Township, the evening of Sept. 23 was initially like any other. But, things soon changed. After going to bed as his usual time, he was awakened in the middle of the night by a tingling sensation in his arm. Thinking that he must’ve slept on it wrong, he tried to shake it off. But, it got progressively worse and was followed by sweating and chest pain.

A respiratory therapist with significant medical training, David knew he needed to get to the closest emergency department. So, he drove the eight miles to University Hospitals St. John Medical Center in Westlake.

A Heart Attack in the ER

“I was triaged quickly when I arrived at the ER,” said David. “Based on my symptoms, I was given an EKG. Then, the attending physician declared a STEMI (heart attack) and the catheterization lab team was called.” While he was in the ER, David’s heart went into ventricular fibrillation (v-fib) twice, requiring physicians to use a defibrillator to shock his heart back into rhythm.

In the catheterization lab, John Coletta, MD, an interventional cardiologist at UH St. John Medical Center, quickly went to work, performing a cardiac catheterization on David via his right wrist. This radial approach (versus the femoral approach through the groin) often enables patients to heal more quickly.

“David’s right coronary artery was 99 percent blocked,” said Dr. Coletta. “Additionally, his left circumflex artery was blocked in two spots, at 75 and 85 percent. With the heart, time is muscle. We needed to place stents quickly to restore blood flow.” David was under twilight sedation during the procedure, and talked with Dr. Coletta as the stents were placed.

Within 24 hours of his arrival at the UH St. John emergency department, David was feeling well enough to be discharged home. But, he knew he needed to make significant changes to his lifestyle to help prevent another heart-related event in the future.

“I had a 43-year love affair with cheeseburgers,” David recalls. “But, I want to live for many more years, so I have committed to doing the things I need to do in order to make that happen.”

The staff at UH St. John Cardiac and Pulmonary Rehabilitation are helping David on his wellness journey. “Those girls don’t play,” said David with a laugh. “We joke around during my rehab sessions, but then it’s all business.” Just three-quarters of the way through his 36 sessions, David had already lost 45 pounds and his A1C (an indication of blood sugar) went from 13.8 to 7.

A Team Approach Between Patients and Caregivers

David has regular follow-up visits with Dr. Coletta, either in-person or virtually, where they discuss his progress.

“The whole process is a team approach between the ER, catheterization lab, coronary care team and the cardiac rehab team,” said Dr. Coletta. “It starts when the patient comes through the doors of the emergency department and it doesn’t end when they leave the hospital. It continues with cardiac rehab and our follow-up visits. We’re here to help, but we believe that establishing a partnership with our patients provides the best results.”

The Difference Between Life and Death: Call 9-1-1 Instead

Dr. Coletta recommends that someone who is experiencing symptoms of a heart attack, as David did, call 9-1-1 rather than drive themselves to the ER. “While David’s case was successful, if he had experienced v-fib as he was driving to the ER, he could have seriously hurt himself or others. Studies show that being transported via ambulance can shave 10-20 minutes off the time from the presentation at the ER to the stent(s) being placed. Those 10-20 minutes could mean the difference between life and death.”

David is on the right path to a healthy lifestyle, and is enjoying his two children, his fiancé and his work. “I thank Dr. Coletta and the entire cardiac team at UH St. John every day. They not only saved my life, but they provided the knowledge and support I needed to make a healthy, new start.” 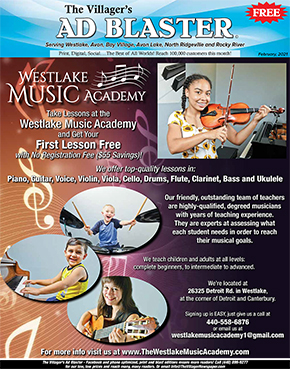